Beauty and function are at the heart of any great kitchen design.
Craftsmanship and know-how are central to the success of your kitchen renovation.
We listen to you and work with you to create the kitchen of your dreams.

Beauty and function are at the heart of any great kitchen design.
Craftsmanship and know-how are central to the success of your kitchen renovation.
We listen to you and work with you to create the kitchen of your dreams.


We are Bathrooms & Kitchens experts.

Building a home and renovating it or adding to make it more useful, are the two main functions of our company: Indoor Outdoor Guy Renovations Inc. Designing the interiors or exteriors, planning and designing for the renovations or additions are the natural corollaries. Yet, home construction, renovation or remodeling entails much more than designing and building. There are many other technical aspects to consider and there is a need to have a clear knowledge of local laws relating to construction, requirements of permits for additions etc. So when you are considering a renovation or addition to your home and are looking for home addition contractors in Richmond, you will find that Indoor Outdoor Guy Renovations Inc. is the right company that can deliver what you need in custom additions, renovation and remodeling as we have a creative and experienced team that is totally committed to quality and service.

Custom renovation and remodeling is our forte and our main objective is to fulfill your wishes and make your home as comfortable and aesthetically appealing as possible. As we have done loads of different projects, we have the experience to make suggestions of other possibilities that you may not think of. After understanding your requirements, we make creative suggestions and finally with your approval give you a finished product with which you are sure to be delighted.

Aesthetically, when remodeling or making additions to an old home we take into consideration the style of the house and houses in the surrounding area and design the additions so that they merge with the general style of the house and the locality. Technically, when adding another floor to an old house or character home apart from the building permits and the aesthetics, care is taken to evaluate the strength of the foundation and stress points and strengthening them to ensure the safety of the building.

There is broad scope to designing new interiors. Interiors can be designed to fulfill the aspirations of the client and the look and feel to match the present one. Depending on the requirements and the wishes of the client, importance could be given to the wow quotient or functionality or creative use of space etc. Each project is a challenge that is accepted and completed ensuring safety, durability and beauty. Natural products such as earth quarried slate and granite, natural wool carpeting and beautiful fir wood framing and floors give the home a natural radiant glow and warmth. To integrate all these different features and create a design that is loved by the client, fits smoothly into the rest of the décor and is fully functional is the challenge that we always take and invariably win.

Exterior renovation, remodeling and additions are all challenges that we love to take on. For exteriors we take up any exterior remodeling or renovating project such as construction of external shed, garage, pergola or cabana as the need be.

No project is too small or too big if it is about additions, remodeling or home renovation Vancouver and if you are looking for home addition contractors in Vancouver, Richmond we will be very happy to serve you and assure you that you will be completely satisfied with our work. We have the expertise, the experience and the passion to see every project through and strive to see your vision of the project fulfilled.

We have been in the renovation business more than 12 years. We have many clients due to our exceptionally high standards and our service orientated approach to kitchen design and construction.

Many times with a growing family or lifestyle changes a home addition becomes necessary to meet the needs of the owners. The purpose of this addition may be to allow for a larger kitchen, add an additional…

The Indoor Outdoor Guy Renovations offers both design and construction services for bathrooms in lowermainland, Richmond and Vancouver. Bathroom renovations vancouvar can be on of the more straight… 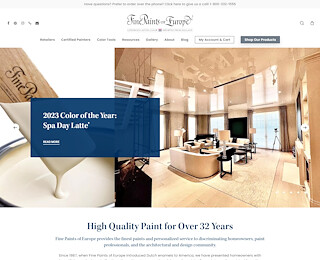 Finding the right door and the right paint to go on that door can be a challenging endeavor. After all, there are so many styles and colors to choose from that it could take one an entire day to sort through all of the possible options before coming to a final choice.

That is why it is imperative to find a reliable purveyor of high-quality paints. You should be able to trust that your paints will hold up to the years of wear and tear like nicks and dings and sunshine that can wear down a paint job.

But where can you turn for reliable paint?

Fine Paints of Europe has been providing some of the very best paints, primers and enamels in the industry since we entered the industry in 1987. The Netherlands has been a top provider of paints for decades, and Fine Paints of Europe is one of the first to provide that high quality to the United States and North America, making it one of the most recognizable brands in the world.

But that isn't the only thing that came over from the Dutch: there is also the Dutch door.

What is a Dutch front door?

A Dutch door – also known as a half door, double-hung door, or stable door – was typical in the Netherlands in the 17th century. They are a single door that is split in the middle, allowing the top half to open while the bottom half remains shut and vice versa.

Dutch doors feature a standard doorknob or a lever on the bottom half and can even house a deadbolt on the top half when used as an exterior door. Dutch doors were designed as exterior doors on farmhouses to keep animals out and children in, while still allowing for airflow and light to come and go.

Dutch doors are great in warmer climates, allowing for consistent airflow into the house, resulting in lower temperatures which in turn can lead to lower electric costs as running air conditioners can be an expensive thing if you have to run them continuously.

How much does a Dutch door cost?

The doors themselves can cost in the neighborhood of a thousand dollars even for your basic models. The higher quality you go, the more expensive they can be, with some in the range of several thousand dollars. There is also the cost of installation, which can run from $500-1,000 depending on the company and the style of Dutch door that you choose.

Still, there are positives to installing Dutch doors even at the cost that can come with them. As mentioned above, they allow for increased airflow so that you can keep your house cooler without having to run the air conditioning continuously as you might with a home that has poorer airflow options.

If you own a farmhouse, it can also help keep children in and animals out while maintaining that air flow. There is enough on your plate without having to worry about who is roaming where and having to corral them back to where they should be. 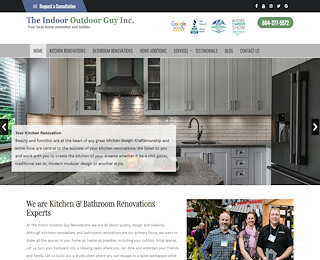 We welcome your comments!

We look forward to meeting with you and discussing your renovation or new construction project. Please feel free to give us as little or as much information as you choose.